Bought stock in 2008 as a Fwd replacement for his Corvette because the winding roads up and down the volcanoes were hard to race on in a RWD car and as Brian wanted to pick up a new style of racing after doing a lot of drifting and dragging in the 'vette, So after doing his research the sweet handling Celica seemed like the perfect choice. 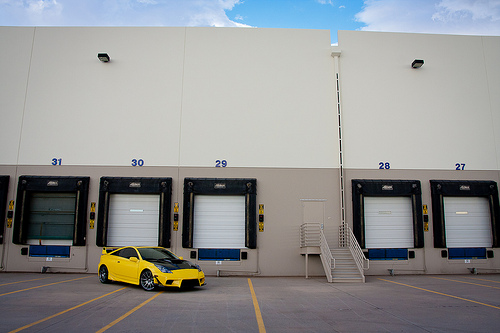 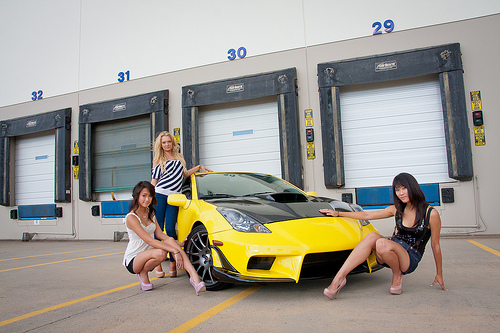 Awesomely for Brian after doing his first couple of mods he managed to earn himself a couple of sponsors and now has an impressive sponsors list including, Exedy, Extreme Dimensions, Injen, Apexi, and Couple local Hawaiian Companies. He also mananged to get sponsored by Team 5Zigen who really intoduced him to the autoX scene. 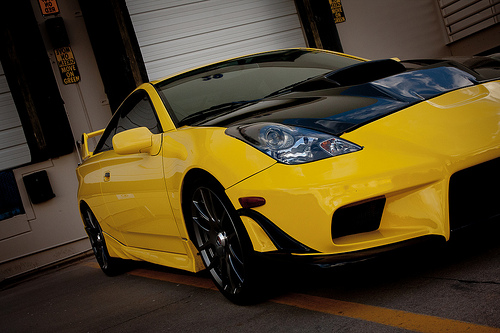 To improve the performance of the Celica Brian started off with the basics getting the engine breathing right by installing a Injen cold air intake with a green high performance filter and a custom 3" Apexi N1 exhaust with the cats deleted. To free up some more ponies from under the hood a combination of Wiseco pistons, MMR stage 3 camshafts and a PPE longtube racing headers with downpipe deletes. Making sure the power is delivered an Exedy stage 2 racing clutch kit has been fitted. 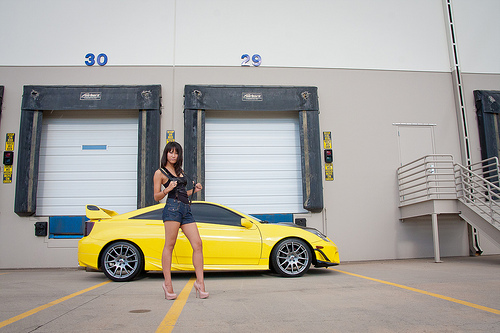 To make sure the chassis can handle the extra power a C-one front strut bar along with a Hotchkis street sway bar kit.  There's also a TRD sport suspension kit fitted to maximise the handling. On the rimmage front a set of 18" 5Zigen ZR+520's are the hoops of choice running a set sumitomo maximum performance racing tyres HTR Z III in 215 40 R18. 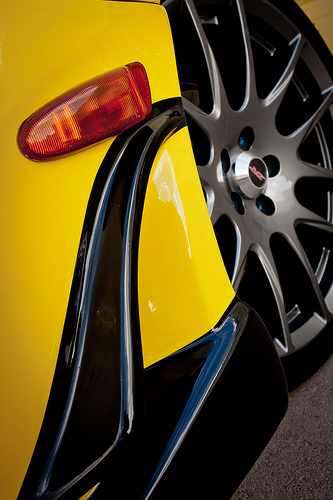 Visually the Celica's sweet lines have been enhanced with a TRD body kit comprising of rear bumper, sideskirts and spoiler while up front is an ED Bomex front bumper. The VIS carbon fibre hood is just aggressive enough while contrasting the bright yellow paintwork. There are also some sweet touches including JDM spec lights all round and the TRD clear fuel filler cap. 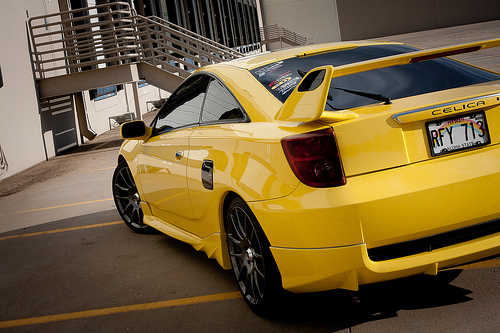 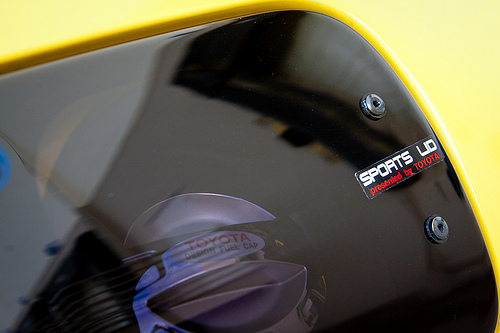 Making sure the interior of the car keeps up the standard Brian has chosen a Momo steering wheel and shift knob, also he has installed TRD diamond pedals and floor mats as well as a short shifter. The standard leather seats have been kept as they are good looking and up to the job required of them. All the interior inserts have been painted yellow to match the exterior and liven the place up contrasting against the black of the dash and the rest of the interior. 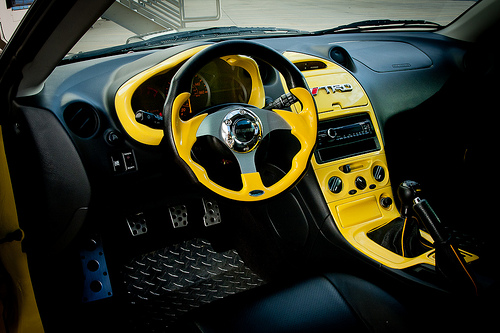 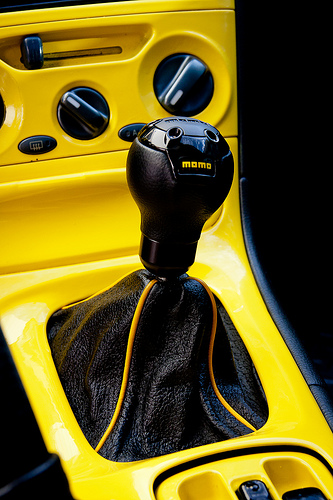 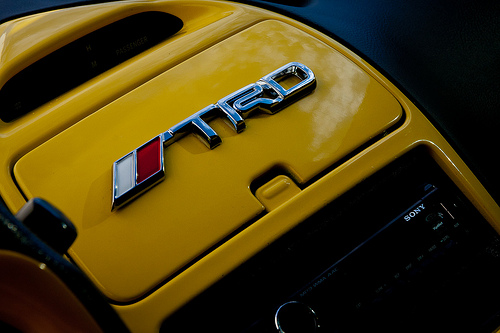 Brian admits that his Celica gets some stick at shows he attends for his own site awesomesaucelifestyle.com as its not slammed or 'show worthy' but he doesn't car as he enjoys the adrenaline rush when he hits the track and the road courses (which it has alot!) and that's just fine by us.

So after being in Hawaii for a couple of years it was time to start a new chapter in life so the car was raised back up to 5in as anything lower would have cost him $2000! to ship and then the car was off to LA, this was in the September of 2011 now the car has been to 24 states; Hawaii, California, Nevada, Arizona, Utah, Colorado, Kansas, Missouri, Illinois, Indiana, Kentucky, Tennessee, Alabama, Georgia, Florida, South Carolina, North Carolina, Virginia, West Virginia, Maryland, Delaware, Pennsylvania, New Jersey, and New York. Brian says he has stopped off at every major city and met everyone he possibly can within the car scene's he's passed through. At the time of the email he sent to write this he was on the South Carolina/ Georgia border.

You can keep up to date with Brians travels at www.awesomesaucelifestyle.com or his facebook page www.facebook.com/AwesomeSauceLifestyle