A sweet looking Evo that has gone through many phases from completely stock with all intentions of keeping it that way back in 2009 down the slippery slope that starts after that first mod up till this point where it is a competitive AutoX and Time attack car, Joe Tells us that the car was built using only high quality affordable parts and goes to show that anyone can build a high quality well performing street and track car without a huge bank balance behind them... 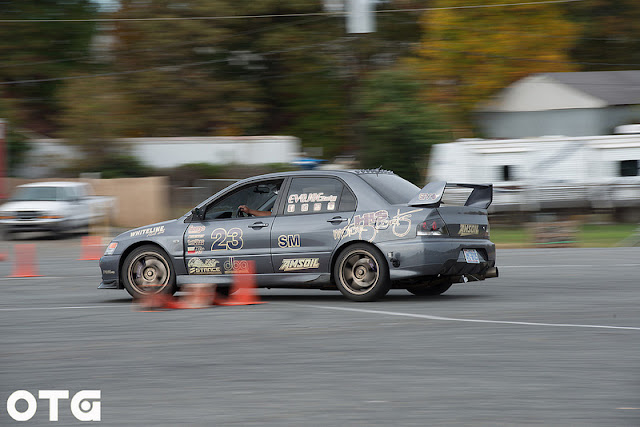 I speak to Joe and ask him about his beauty of an Evo and his motoring past including a fast n furious inspired ride way back when and what he has in store for the future.... 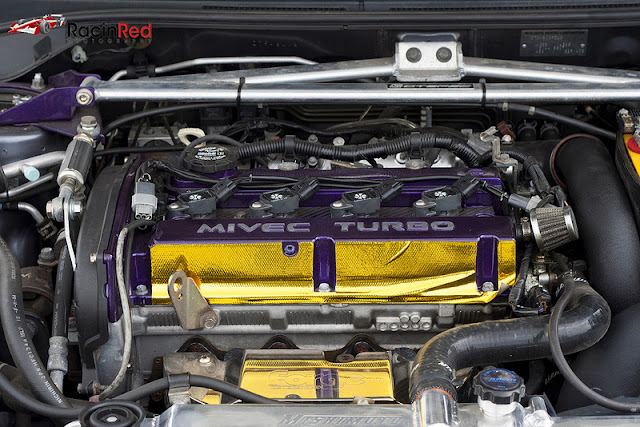 How long have you been into AutoX and Time attack?

This is my 3rd season.  I started in 2010 racing with Northern New Jersey SCCA and competed in the Novice Division. At the time the car was 95% stock with the original MR suspension, MR Transmission and Stock 9 turbo.  The only upgrades the car had was Intercooler and piping, full exhaust, cams and tuned at 25psi.  But being that I had cams on the car I was classed as Street Modified.  That year I won the Novice Division with NNJ SCCA and well was completely hooked since. 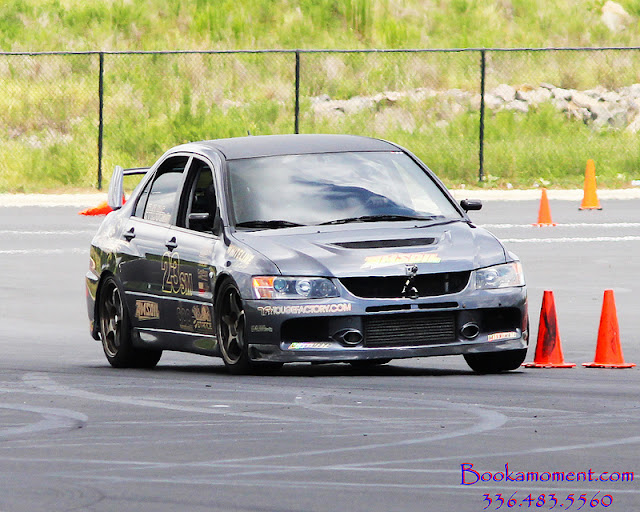 did you have a previous autox car before the evo?

I did not have an autocross car before this.  My previous car was a 1995 Eclipse 5 speed that was this awesome burnt orange with yellow pearl.  Had a carbon fiber hood and gunmetal rims.  It was my first car that I got in high school and when the original Fast and Furious came out.  I had that and a black on black 1995 Jeep Wrangler lifted about 3 inches on 33" tires.  I didnt know about autocross back then.

what made you choose an evo?

The Evo was a car I had loved from when I was a kid playing the Gran Turismo on the original Playstation.  It was the best car in the game!  Ever since then I was an Evo fanatic.  I knew it was a car I wanted in the future.  I can remember the day when Mitsubishi announced they were going to release a Lancer here in the US I was so excited.  Even though it wasnt the Evo I knew that it wouldnt be that long until the real deal got over here.  Once it launched in 2003 I started saving every penny I had to get one.  Finally in 2009 it became a reality when I purchased the car.  The car was 100% stock when I bought it with 19,000 miles on it.  Previous owner was a woman and she babied the car.  My original plan was to keep the car completely stock.  I wanted a nice higher end car that still had some sportiness behind it.  We see how well that turned out lol. 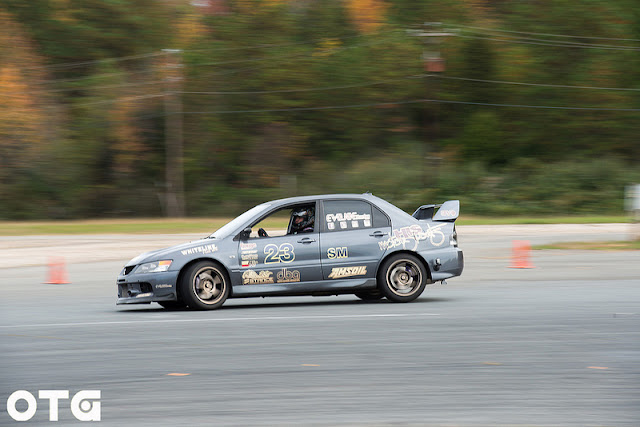 where did you have the work done on the evo?

Originally the car was worked on by Top Level Performance in Farmingdale NY.  This was THE shop to go to in Long Island if you had an Evo.  They were very well known for producing some ridiculously fast Evos. The car was then brought to Tach Motor Works in Oceanside NY where my tuner Espec had relocated to.  In 2012 I moved down to Charlotte NC and hooked up with HIS Motorsports.  They have been working on the car and tuning since ive been down here and I am extremely happy with them.

what plans do you have for the future with the car?

For the 2013 season the car will be under going some minor suspension tweaking and upgrades with the help of STANCE and Whiteline.  This years main focus is Aero.  I will be putting on front and rear over fenders from one of my newest sponsors Version Select.  I also will have a Cwest front bumper going on the car as well.  I am also looking to do a front splitter and rear wing on the car as well. Hopefully I can get some help from APR Performance or Kognitions in that department.  The cars color and graphics I will be keeping a secret till next season though.  You guys will have to wait and see.

Thanks to Joe and we wish him the best of luck in the upcoming season! Follow him on Facebook for more updates. https://www.facebook.com/EvoJoeRacing
Posted by Shifted at 12:00