So here we are with the first feature on the fresh new Shifted, on a sweet Honda CRX by new writer Dominik so I'll let him take it from here! 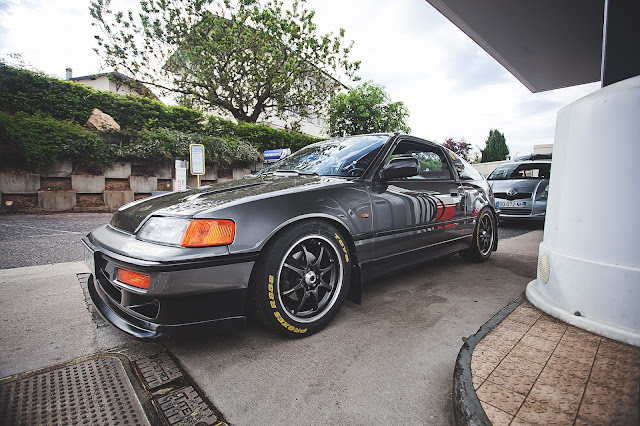 The bringing about of life in a car is always a fun one. It may sound a bit cliché, but the unexplained, mysterious bond between man and machine is magical, which is exactly what was needed to build this ED9, producing one of the cleanest CRX's I have ever seen. So, why a CRX? The owner tells us, after owning a stock VW 1.4 Polo as a student, he wanted a car from the 90s, that was fun to drive, lightweight, low mileage, stock and with few previous owners. The CRX jumped through all these hoops. 1991, 130hp in a car that weighed little over 900KGs, with 46k miles on the clock which, as we know, on a Honda, is nothing, and one previous owner. In fact, the only mod were some 14 inch Momo wheels. 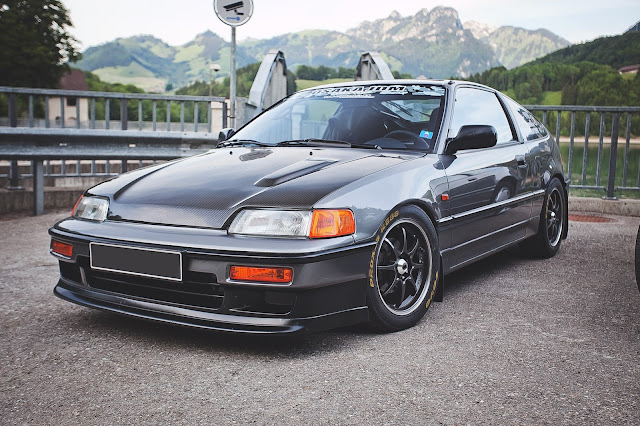 So after what I could assume to be a few sleepless, excitable nights, the mods came rolling in, but he still played it safe, changing up engine parts last. The first were wheels and suspension, a set of Rota GT3'
s in 16 inch trim and BC Racing Coilovers respectively. The modding continued on through the chassis, brakes and body. The last parts to go in were the Supersprint headers and Fujitsubo exhaust into the engine bay. He tells us that the clutch, flywheel, differential and close ratio gearbox upgrades are still on the drawing board. 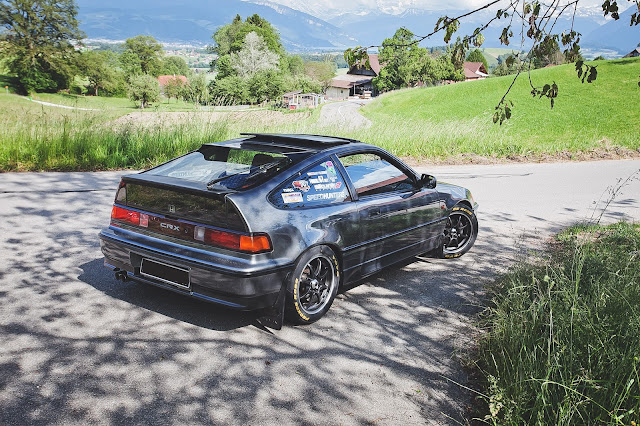 So, to reiterate, a very aggressive CRX built by a passionate man that I would love to see get some fame in the future when it's in its prime, and just for good measure, a beautiful shot of it rolling along 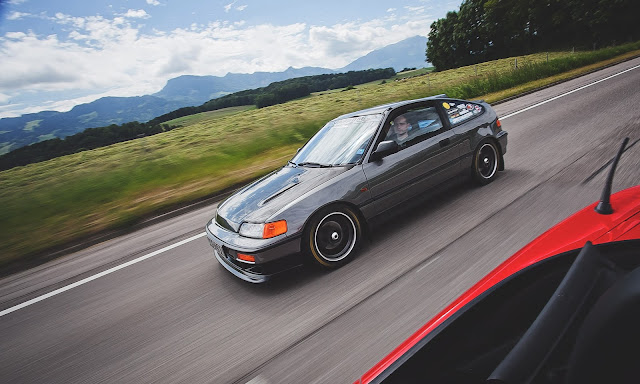 A full in-depth list of statistics, information and current and prospective modifications can be found below.

Thanks for reading, first Shifted article, by Dominik 'FD3S' Rodrigues – Shifted Writer from over the pond.

Email ThisBlogThis!Share to TwitterShare to FacebookShare to Pinterest
Labels: honda/acura