I’ve had the pleasure of being good friends with Matthew Krakowski for about 2 years now, over the interwebs and from our epic weekend full of mischief in the upper East Coast during the SeoulfulRacing spring meet earlier this year.
I always knew I wanted to one day do a feature for the site on his car. Our site features are about one thing… you guys and girls.
Your cars. Your story. Your moment.
His Genesis has always looked great, but something was missing. We both knew that something was the right set of shoes for his girl.
Well, daddy went shopping. 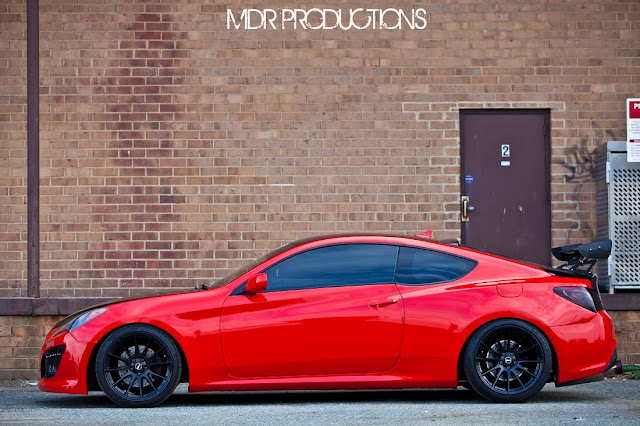 A few months ago Krack and myself were playing Call of Duty: Black Ops II (male bonding time with #TeamTowTruck) when he mentioned he was ready for new wheels.
He had originally chosen to go with something else, until opportunity came in the form of an email from the guys at MRR Wheels USA.
The offer to Krack was a sponsorship to help launch and promote the new MMR GF06 performance wheels.
After taking one look at them, that was it. That’s what was missing. 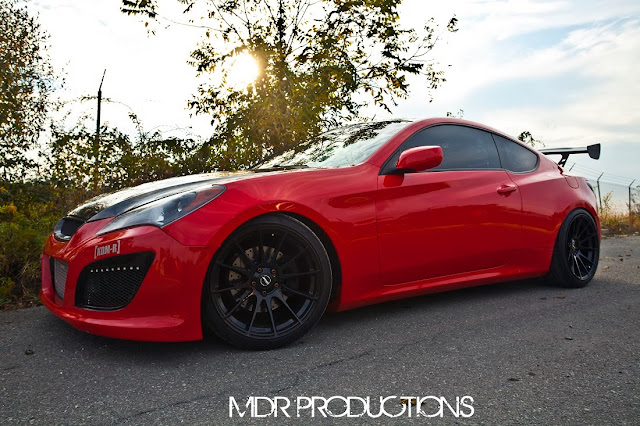 One thing that has always drawn in loads of critique from other enthusiasts… big wings.
Many argue their use on street cars, call them park benches / landing strips / f*ck it, you know the jokes.
But a proper wing on a rwd performance car is a thing of function and form to me. I fully support big wings.
The massive APR wing is clearly a focal point of the car, but ties in very smoothly with the Hanna Motorsports front bumper. The contrast of the black hood and roof (wrapped by our great friends and sponsor car Evolution Auto Designs) cleanly accent the shine of the factory Tsukuba Red paint.
With a slew of bolt on goods from the great guys at TurboXS, Krack’s Coupe has enough grunt to satisfy him for now, but more power is looming on the horizon. Top secret plans are at work, and I am not at liberty to spout them out just yet. Level 5 clearance people, Level 5. 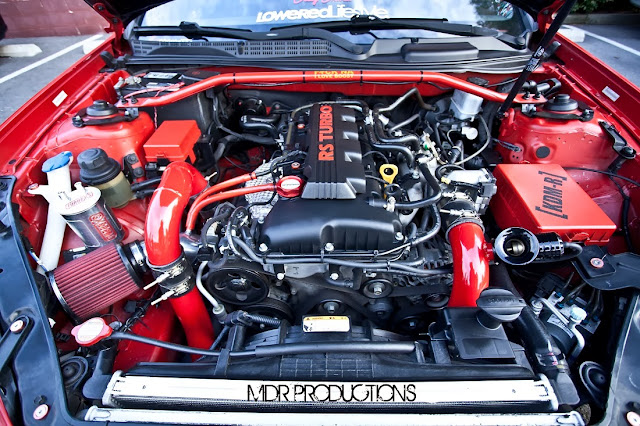 As mentioned earlier, Matt and MRR Wheels struck a deal to help launch the new GF06 wheels.
The GF06 with it’s multi-spoke design and deep concave is really a killer wheel to look at. They bring the car together in a way Matt had only visualized in his head before.
This particular set is a 19×9.5 & 19×10.5 +20.
The cars aggressive stance mixed with the various exterior mods create a car that screams track ready. 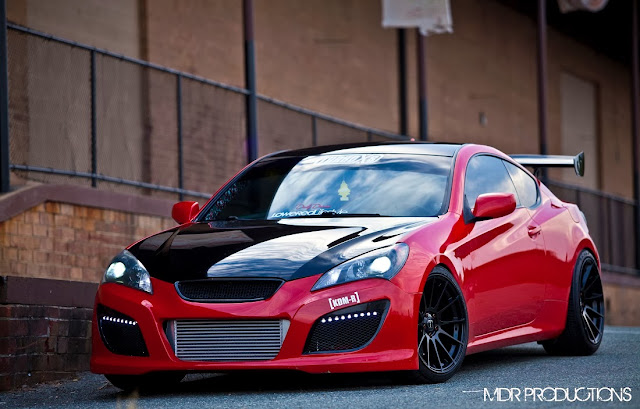 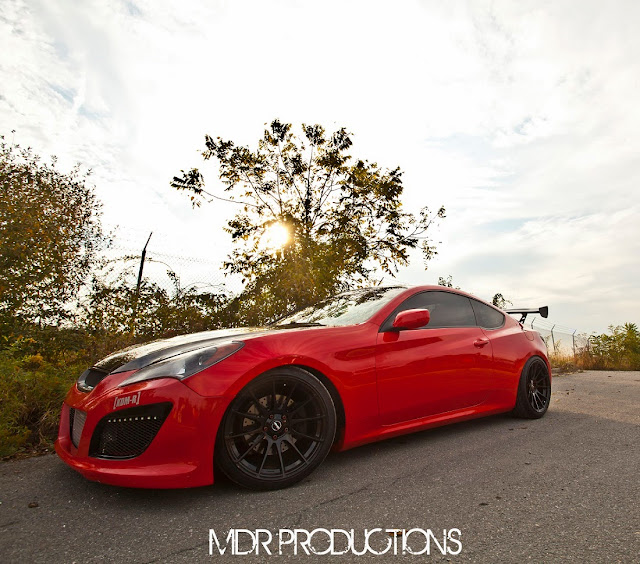 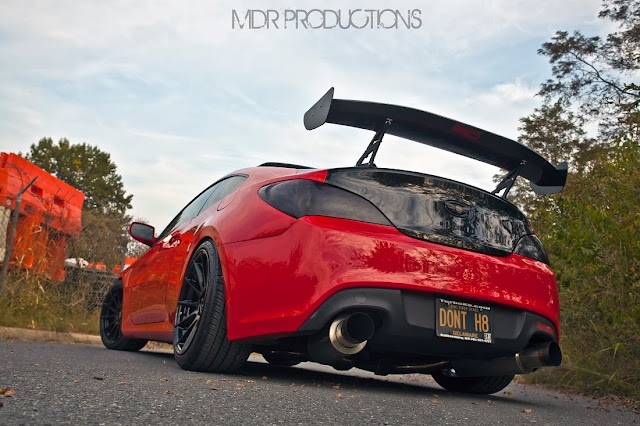 A very special thanks to all of Krack’s friends and sponsors. TurboXS, MRR Wheels, KDM-Racing.com, MDR Productions, GarageLine, Raj Deshmukh, Joshua Lowrey, Rusty Hooks, Stephen Johns, Jackson Reams, and everyone else who has ever given Krack shit throughout his adventures with his Genesis Coupe.

This was the first feature by KDM-Racing.com on Shifted look out for more in the coming months! and check them out on Facebook www.facebook.com/KDMracing